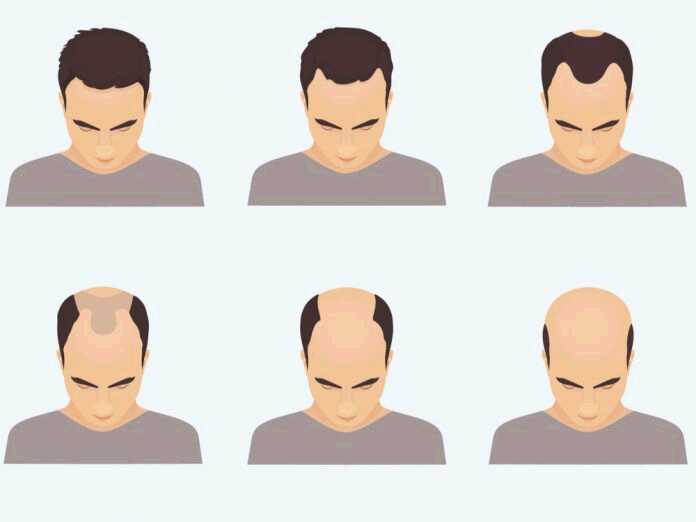 Androgenetic Alopecia also known as ANA, is complicated to figure out. The gene is polygenic, meaning the ANA gene is controlled by two or more genes. Doctors believe that the ANA gene is dominant. Just one is needed gene of a pair is needed. If only one of your parents carry the gene, it may be passed on to you. This gene can skip a generation. Expressivity is a factor of inheritance of the ANA gene. Meaning, if you have 3 uncles, all of which are bald, you may experience minimal hair loss, because the expression of the gene is limited.

Hormones directly influence the ANA gene. Dihydrotestosterone (DHT) is formed by the action of the enzyme 5-alpha reductase (5AR) has on testosterone. DHT binds onto special receptor sites on the cells of hair follicles, causing changes associated with hair loss. Testosterone and DHT are androgens (steroid like substances). They can cause hair follicles to regress and die. The adrenal glands also produce androgenetic hormones in both men and women. In women, the ovaries are the primary source of where hormones are located that can affect hair loss. Testosterone is converted to estrogen in women.

In men with ANA, DHT lengthens the resting (telogen) phase, and slows down the growing (anagen) phase of hair. This slows down overall hair growth, leading to thinning of hair, and eventually baldness in men. A common sign of Androgenetic Alopecia for men is when hair recession starts at the hairline and forms an M shape. Advanced signs can be seen when hair forms a horseshoe pattern.

For women with Androgenetic Alopecia, can start any time after the onset of puberty, but for most it usually starts around menopause. ANA in women can start from overproduction of an androgen-secreting tumor on the ovary. Increased androgen activity is related to ANA. If a secreting tumor is involved, androgen levels must be measured. As in men, hair increases the amount of resting time, and slows down growing time. For both men, and women, hair follicles change, shrink, and become shorter and thinner. Hair also becomes less pigmented.