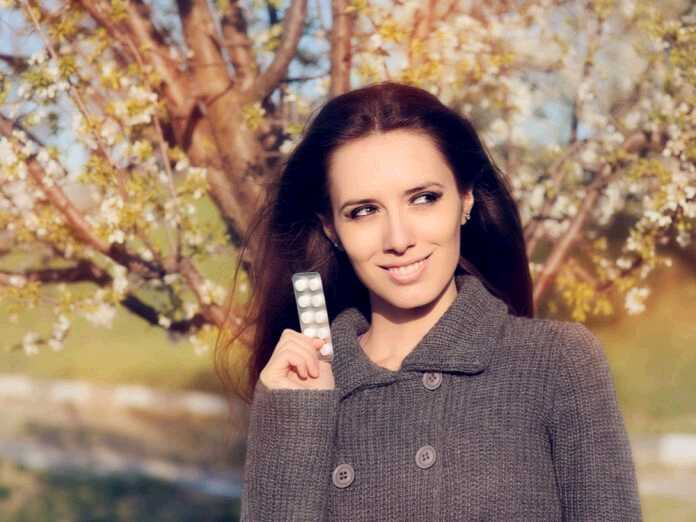 Often used to help with nasal congestion and similar problems, antihistamines are one of the most popular medications doctors prescribe for allergies. And, while they are very effective against allergic rhinitis, some people believe that they can be used to treat another problem – hair loss. But, is there any truth to these rumors? In this article, we will be exploring whether you can use antihistamines for hair loss.

To answer this question, we first have to make a distinction between two very different types of baldness – androgenetic alopecia and alopecia areata.

Androgenetic alopecia is characterized by a gradual thinning of hair that starts around the hairline. This hair loss is usually permanent but it can be slowed down with medication. Alopecia areata, on the other hand, is an autoimmune disorder where our hair growth cycle is disrupted which manifests in bald patches. They appear suddenly and the hair usually grows back after some time.

Can You Use Antihistamines for Hair Loss?

The belief that antihistamines could be used to treat hair loss stems from a 2009 clinical trial in Japan. In this trial, the scientists discovered that an antihistamine called fexofenadine can help with alopecia areata. However, this medication was effective only when used as a complement to clinically recognized topical immunotherapy.

So, while fexofenadine was useful against one specific type of autoimmune hair loss, it wasn’t effective on its own, without regular therapy.

Although a type of antihistamine was effective against alopecia areata, we can hardly advise the use of antihistamines for hair loss. If you’re concerned about your hair loss, talk to your doctor so he or she can prescribe you with clinically proven treatments.

The “Vampire Treatment” for Hair Loss: What You Need to Know