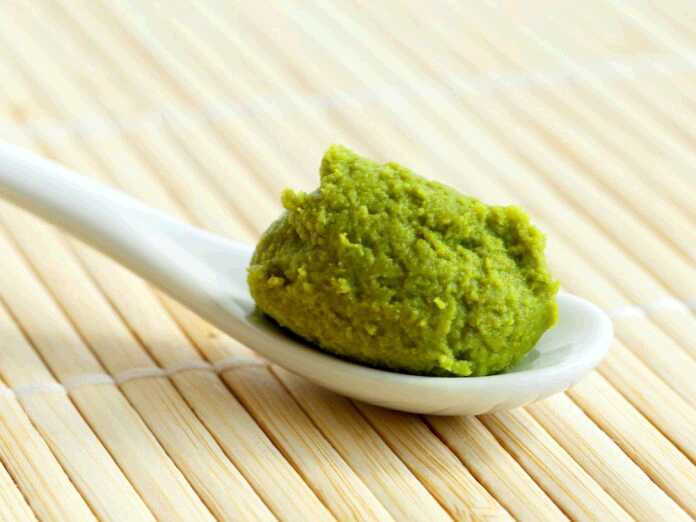 Often called the Japanese horseradish, wasabi is a popular plant in the Japanese cuisine. You’ll often find it on a sushi plate and recognize it by its vibrant green color and spicy taste. In addition to its many health benefits, it has been implied that this Japanese plant could also help promote hair growth.

So, is there a link between wasabi and hair growth?

The main reasons why scientists are considering this connection between wasabi and hair growth are two healthy compounds that are found in this plant. These two compounds are isosaponarin and 6-(Methylsulfinyl) hexyl isothiocyanate (6-MSITC). Both of these compounds have been found to have many benefits for our health.

For example, one study found that 6-MSITC can help kill breast cancer cells, while another one discovered that isosaponarin extracted from wasabi leaves can help with the synthesis of collagen – one of the most important structural proteins in our body.

Both of these compounds may be used to promote hair growth. The way 6-MSITC and isosaponarin could work is by improving the pathways that help bring the valuable proteins to our papilla cells. The discovery was reported by Kirin – one of the leading Japanese companies in the wasabi industry. Japanese media outlets then spread the news, with the Asian channel SoraNews24 being one of the first to pick up on it.

However, the results of this study haven’t been made publicly available, so the majority of the scientific community is still reserving judgment.

Although the active compounds in wasabi could have many health benefits, there is still a lot of research to confirm the link between wasabi and hair growth. For now, we believe that the commonly used medications finasteride and minoxidil are the best treatment options available.