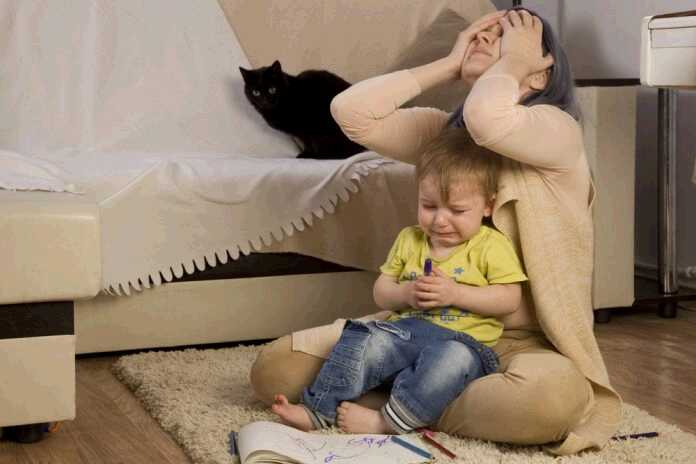 It’s a well-known and oft-lamented fact of life: hair loses a significant amount of volume following birth. During pregnancy, a woman’s body is a veritable cocktail of repressed and amped-up hormones. One effect of the hormonal shifts involved in pregnancy is hair retention; rather than your hair continuing it’s typical cycle of growth and rest, the rest portion of the life cycle slows drastically, creating the appearance of richer, fuller hair.

What Is Normal Post-Partum Shedding?

Unfortunately, all of the hair your body held onto during pregnancy does not stick around. Instead, as your hormones begin to regulate, women find their hair coming out in tufts or even handfuls. As your hormones come back to normal, all of the hair that would normally have shed continues their expected life cycle and fall out as though no time has passed. Within the first year, hormones should settle back into place, and additional shedding should be minimal or gone altogether.

For some women, the period of hair loss begins immediately, while others might get a nice, long break for the duration of breastfeeding. Like a menstrual cycle, the timeline regarding hair loss varies from woman to woman.

When Post-Partum Hair Loss Is a Sign of Trouble

After 1 year, your body has largely regulated hormone production, and the drastic highs and lows associated with those changes have passed—including accelerated hair loss. During this time, it is normal to actually see new, fuzzy growth on the scalp. If large-scale thinning is occurring past one year, it may be a symptom of a more serious condition, high stress, or even depression, and should be checked out by a physician.

Although it is annoying, post-partum hair loss should not be drastic enough to create bald spots. Thinning hair, including a larger swath in your part, is not uncommon, but losing entire spots of hair could be an indication of an autoimmune disorder, or even the onset of diabetes.

#3. It Is Accompanied By Other Symptoms

Finally, if hair loss is accompanied by any other symptoms, including chronic fatigue, gastrointestinal difficulty, or chronic infections, your thinning could be caused by a systemic infection, adrenal fatigue, a thyroid disorder, or similar medical conditions. Because these conditions must all be treated by a doctor, the presence of both hair loss and other symptoms should never be ignored.