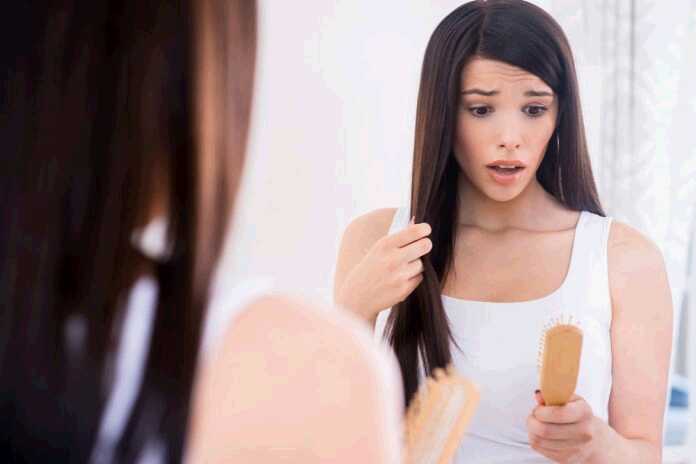 Hair loss affects men and women both. It can strike for many reasons and at almost any age, even though we usually think the loss of hair in older people. A lot of men have gone to the bald look, which a lot of women find attractive.

Women, however, are not falling for this look on themselves. Do what can be done to give women back their full heads of hair? To understand the solutions to the loss of hair, you first need to understand the female loss of hair causes. There are numerous reasons a woman could lose her hair including hormones, genetics, medical reasons and more.

Even stress, depression and lack of sleep can make a woman start to go bald. Any major trauma, either physical or emotional, can cause loss of hair. Eating disorders like anorexia and bulimia will deprive the body of nutrients it needs and therefore cause hair loss.

Genetics can also play a significant role in the loss of hair. Androgenic alopecia is a loss of hair that comes from your genes, hormones, and testosterone. This is what female pattern baldness is. It can begin for women as early as their late teens. It is usually treated with Minoxidil, which is the same thing as Rogaine.

Another way your genetics can play a role in your loss of hair through a condition called alopecia areata. This is an auto-immune disorder in which your hair attacks the hair follicles and causes you to lose your hair. Don’t worry you will be glad to know that there is a various treatment of this problem.

Hormones are another factors which play a vital role in female hair loss. Hormonal imbalances can happen at many times and for many different reasons. For instance, after giving birth a lot of women face the loss of hair issues as their bodies are trying to get back to the way it was before they had a baby.

Menopause is another event in a woman’s life that she can face hormonal imbalances that can lead to hair loss. Other ways that this can happen is with conditions such as ovarian cysts. They make a woman’s hormones go crazy, similar to pregnancy, which can cause hair loss as well. Certain birth control pills can also upset a woman’s hormone balance and can also have the same effect.

There are other female hair loss causes such as traction alopecia. This comes from wearing hairstyles, such as braids and ponytails too tight. The good news is that even though there are many types of hair loss causes, there are also many different solutions to the problem.