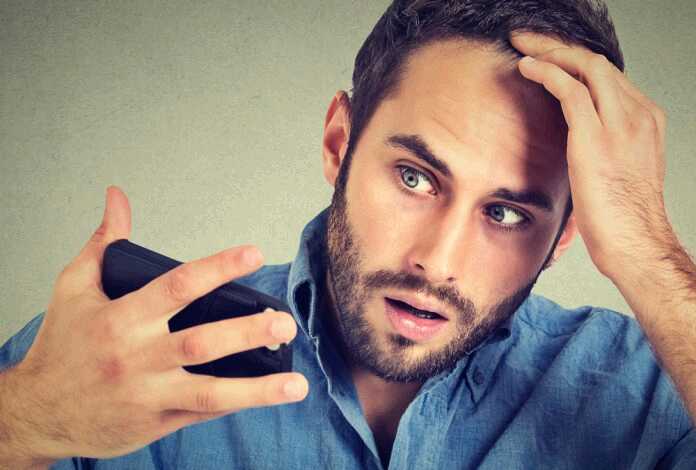 Gone are the days when men could not care less about the way they dressed and the way they looked. The modern-day ‘Man’ is much more conscious of his looks and seeks to find the best possible ways to groom and style his personality.  A perturbing problem, which has become the subject of attention, is men’s hair loss, which is considered to ruin the personality of a person.

Men’s hair loss is easily noticeable because it generally occurs at the top or crown of the head, as well as on the sides and some parts at the back of the head. In the process, a man’s head starts to resemble a horseshoe, and it is definitely not a pretty sight to be looking at.

Other factors that cause men’s hair loss are age, hormone levels, and heredity. With time, men’s hair starts to thin up and thus begin to fall off. Heredity also plays a part; if the person has inherited a hair fall problem from his ancestors than it is highly unlikely that it can be prevented, with ordinary treatments, shampoos, and oils.

However, with the help of a qualified hair expert, this process can be delayed and can be successfully prevented from exaggerating. In the majority of men, this problem starts to occur in their mid-thirties and early forties; however, people with the more serious condition can start becoming affected as early as their twenties.

Apart from the Androgenic Alopecia condition, the other causes of men’s hair loss include ailments such as systematic illness and scalp infection, whereas a lack of proper nutrients in diet can lead to nutritional deficiencies which also results in hair loss. Finally, there is stress and tension, which can affect the hormone system of the body and can result in men’s hair loss.

There are numerous methods to prevent men’s hair loss; however, the first step is to diagnose the exact reason for hair loss, so that the treatment can be carried out accordingly. It is always advisable to visit a doctor, rather than take advice from relatives and acquaintances.

An even better idea would be to consult a hair care expert, as he/she is one person who is an expert in this field and therefore would be the ideal person to diagnose the actual problem and treat it accordingly.

Men’s hair loss is a common phenomenon, and it is something, which most men cannot avoid due to either heredity or medical reasons; however, that is no reason not to try and delay the process.

Treatments to cure men’s hair loss range from ancient herbal remedies to modern day laser implants. The trick is to get the problem diagnosed in its early stages, know the exact problem, which is causing hair loss, and adopt the relevant treatment.